Awarded photographer and Communication expert in strategy and multimedia productions. My inspirational quotes are to Dream Big and Think Positive! Read my story below to see why! 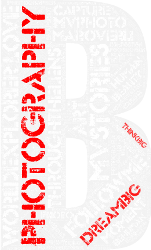 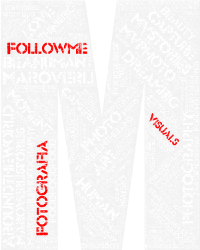 A 40-member team of volunteers, organized by ActionAid, to assist with the construction of the kinder yard of a school in the community of Lai Chao, in northern Vietnam. And I was part of this team! Proud and blessed for the whole experience and for the people I met.

Upon my return, I felt the need to speak about this experience. With two more volunteers, we decided to share our idea with the foundation, although we were amateur photographers. The foundation liked our proposal and here we are! The 3 of us, running a fundraising photo exhibition. The exhibition had great success with over 500 people visiting the Cacoyannis Foundation and the exhibition. The event was extended, leading to a major boost to the fundraising cause (donated to ActionAid & Floga organisations)

Obviously, the best reason for quitting a job is that you've found a new one. Right? Well… in my case, this was not the case. I decided to quit my job when I felt that this wouldn't go much further. I was 30 years old and I needed new opportunities and space to develop my skills. The company was great, but it was me that couldn't fit anymore. With the support of my friends, I found the courage to do my next step. And though this decision came at the peak of the Greek economic crisis, I felt that it was the best decision, and everything would be all right. Around August, a friend invites me to Myanmar, where she used to work. And… here I am. It is the 17th of September 2014, and I’m waiting at Gate 9, holding my tickets for two months, towards a country that I hardly knew where the hell it was on the map. After 14 hours, I arrived at Yangon Airport. For the first time in my life… I have no plan and no clue what to do next. I only knew that I had the opportunity to spend two months doing yoga and taking photos.

“From Myanmar… with Love”

In my first interactions, Burmese people came across as very kind and open. This helped me understand their culture and their religion better ... Love, what does it mean for Burmese people? And this was the beginning of my first photo project. Strolling around, holding my notebook and my camera, I collected 100 answers by Myanmar people in the question “What is the meaning of Love?”. Old, young, people working in the streets, in pagodas, in schools…people in Yangon, Mandalay, Inle Lake, and Bagan. In December 2014, this was wrapped up in a photo exhibition in Union Bar, downtown. One of the few bars of Yangon. Most of the pictures exhibited were sold.

During the first weeks, I was struggling to get used to my new routine. In the meantime, I met a Cuban teacher, and we started hanging out. I remember that I was always saying how much I wanted to work as a teacher. "So, why don't you do it?", she said. I went back to my room, and I started applying for all the English teacher positions in Yangon schools. January 2015, "Miss Verli, you are the new core English Teacher of Eton House, you will have the pre-nursery class."

It’s a dramatic phase for the Greek economy. I am back in Greece for my summer holidays, and I feel the fear and tension for the future everywhere.

I don’t think this should be the case for Greece. I don’t really believe that we should be in this position now. Not with all this beauty around us. I am in Lefkada, in a lovely mountain spot. And I feel tears on my eyes. This is the moment I inspired the GRummer, a visual series about the beauty of Greek summer. My Greek Summer #GRummer had 12.000 views during the first days and has broadcasted in National Greek TV channels and published in a variety of web pages.

For the project “From Myanmar… with Love” in the International Contemporary Art Case, Biennale

I couldn’t believe that this would ever happen to me. I am participating in the Biennale exhibition in Florence. Actually, I am here because some close friends back in Myanmar believed in me, and they supported me. Young Markus gave me an envelope by wishing me good luck with my project. I was crying like hell — the same when the Biennale committee announced the 1st Award followed with my name and my photo project.

On my return from Italy, I had a bad incident at the airport. The immigration office found out that my passport was not valid and so they denied my entrance to Myanmar. The only option was to send me back to Thailand. I was scared to death and I was begging the officer to allow me only for 1 day. “Please follow me” he said, and he showed me the gate that I should wait at. But you know what they say, sometimes being scared is the same as being brave. And I had to, as I was with no money, no summer clothes, no job plan nothing…NADA! Only the award from Biennale. I sent emails to several yoga retreats for an exchange position. I would take pictures, they would offer a bed, food and yoga lessons. I spent 3 weeks in Ko Samui, one of the most beautiful islands of Thailand. On my way back, I met someone at the metro. Having a casual talk, I mention that I am looking for a job in Myanmar. “Well, I can bring you in contact with a client I have there, he is looking for a photographer”. A few weeks later I was working in Frontier Myanmar Magazine, established by Sonny Swe, a cofounder of The Myanmar Times and the son of a former Military Intelligence officer, who was jailed for his work at the newspaper from 2004 to 2013. The “Rakhine State crisis” essay featured with my photos (Myanmar, 2016) was nominated in the SOPA Awards for Editorial Excellence.

Goethe institute exhibits my photo project. Many people visited the exhibition writing their answer on the walls of the Goethe Institute a few months before the building tears down for reconstruction.

After almost seven months of collaboration with the EU delegation in Myanmar, and having visited most of the projects even in some “non-touristic” regions, I am honoured to see my photos on the public buses, circular train and on the boat ferry of Dalla. It is the first time that Yangon Public Transport runs an exhibition and I am super proud and blessed to be part of it!

For now, I know that I am not ready to go back to my life in Greece, to work in the private sector. Doctors Without Borders was always a dream. But my work experience was mainly coming from the corporate sector, and this would make my chances limited. For six months, I was applying for several humanitarian positions. NADA…again. Several rejection emails. I tried even for internships. NADA… too many years of experience to qualify for an internship.  I decided to give it my last shot and apply to MSF. This would be my last application. REJECTION again. Once more, I had no clue what I should do next. A few weeks later, I received an email by MSF “Would you be interested in a communication position?” “Whaaaaaat??!!!!”. I am 34, after 4 years of feeling insecure at work, here I am. In my dream job, working for MSF in Nigeria, and for the following six months, having home, a meal, and amazing colleagues there.

After the mission in Nigeria, the next step is another mission in another country. But in the meantime I need some time with my people, my family and my lovely grandmother. I spent almost 3 months on Milos island while thinking about my next plans. One day I found an interesting position in Brussels only for 3 months, in HQ MSF. “It is a great opportunity to learn French”. September 2018, I moved to Brussels for 3 months. One year and a few more months later, I am still in Brussels. Having the experience of living in a European city and having accomplished only the first two levels of French courses. Well… c’est la Vie!