Travelling in India and learning about burning crops in the Ganges. 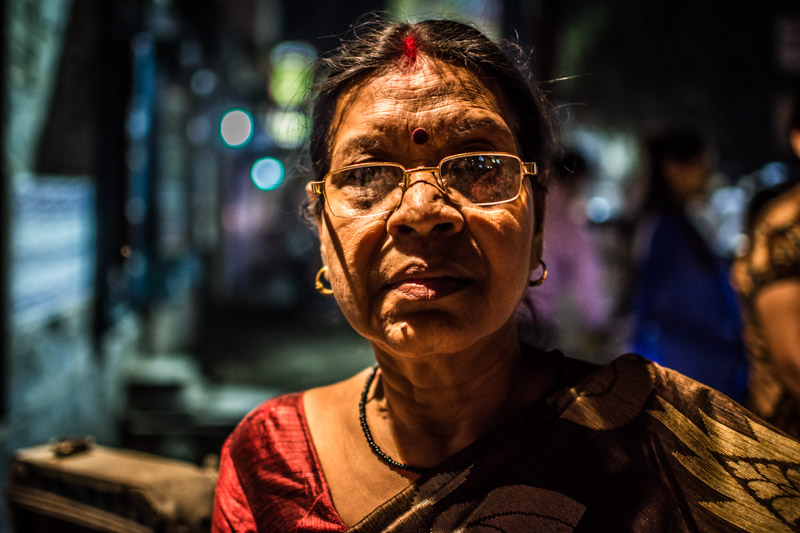 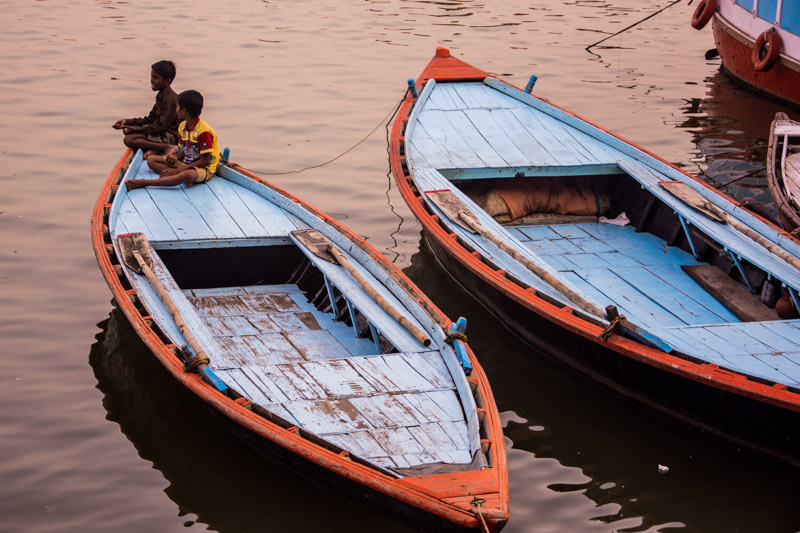 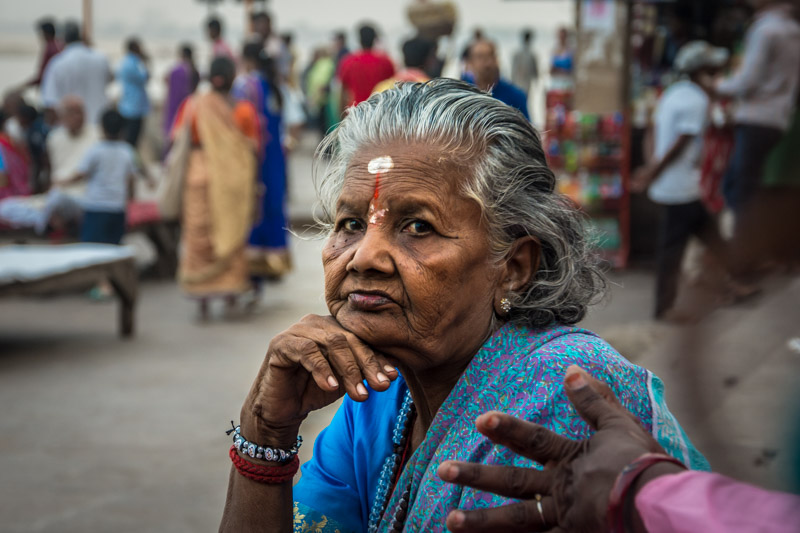 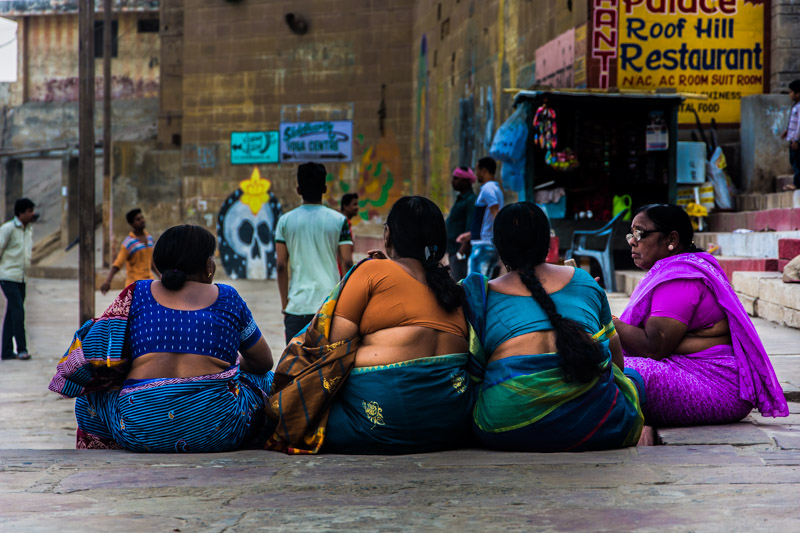 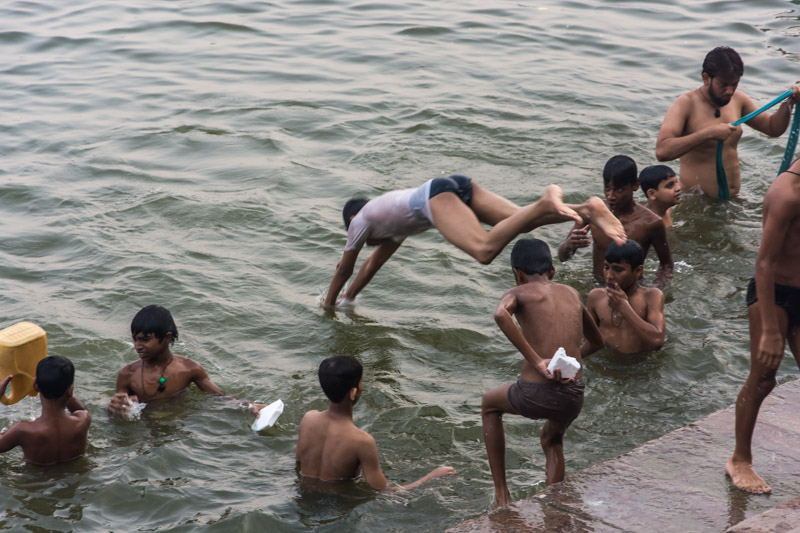 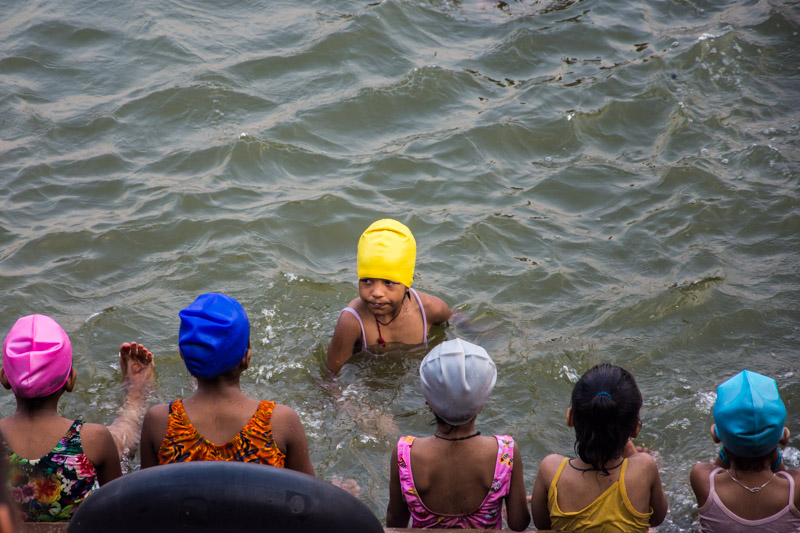 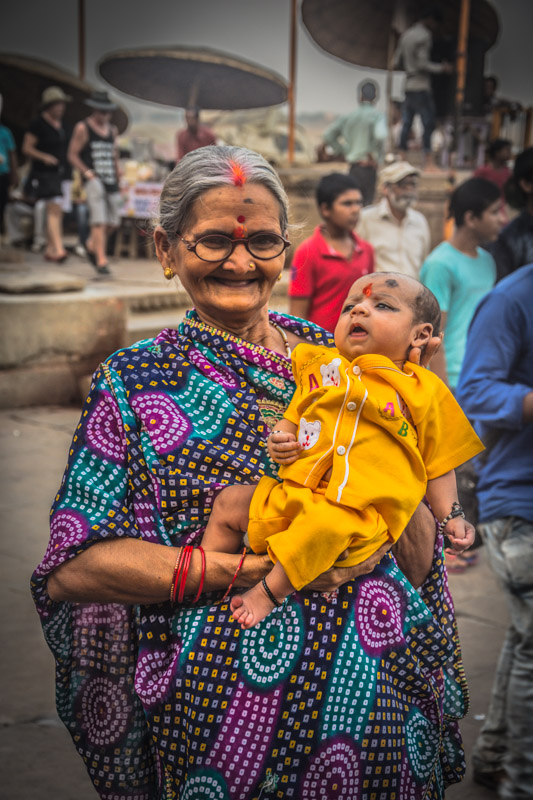 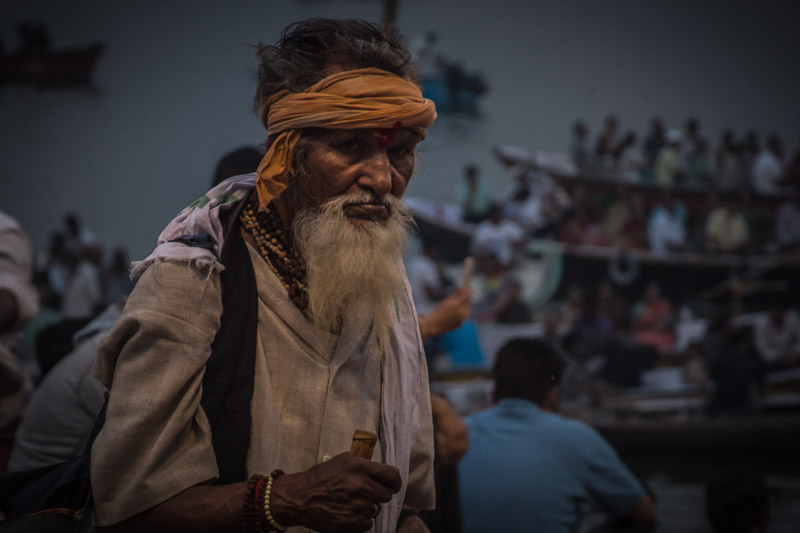 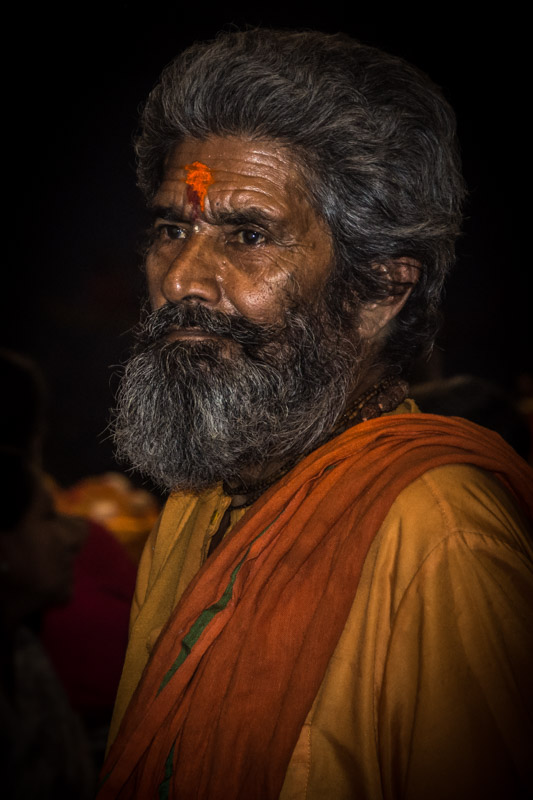 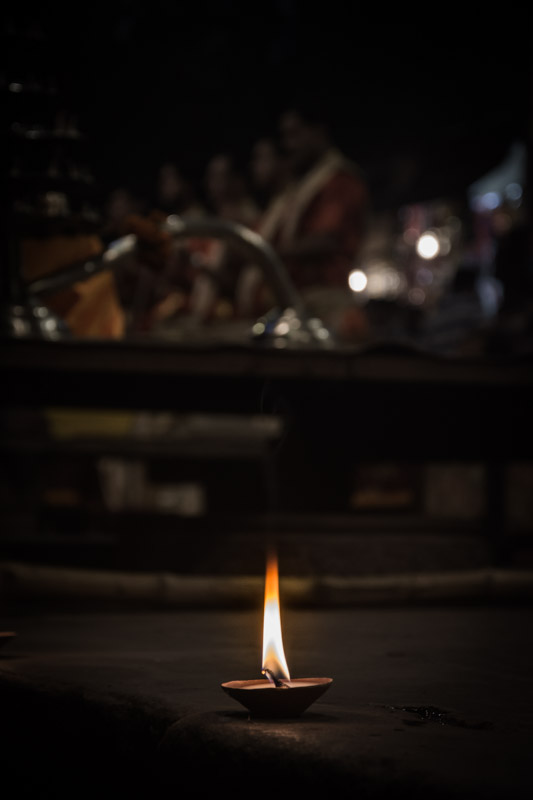 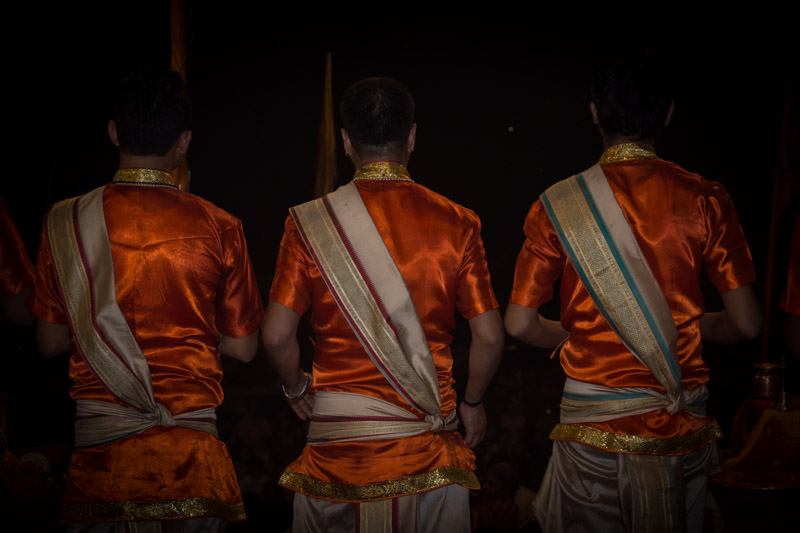 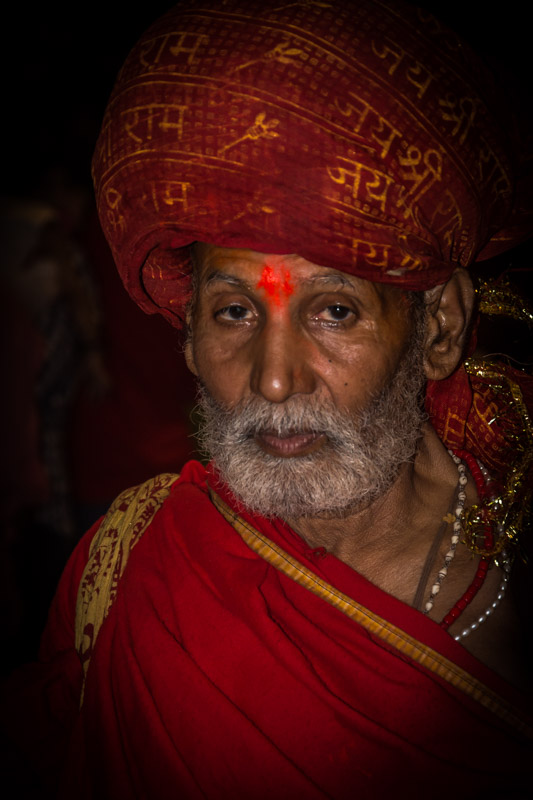 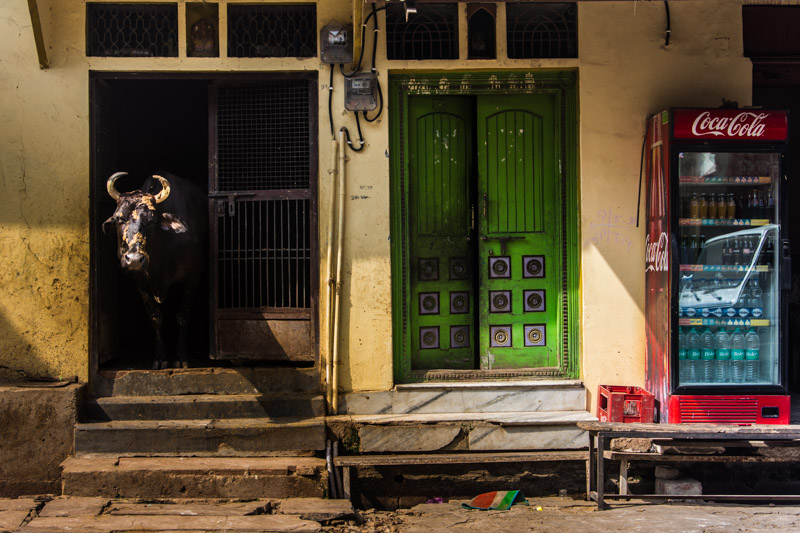 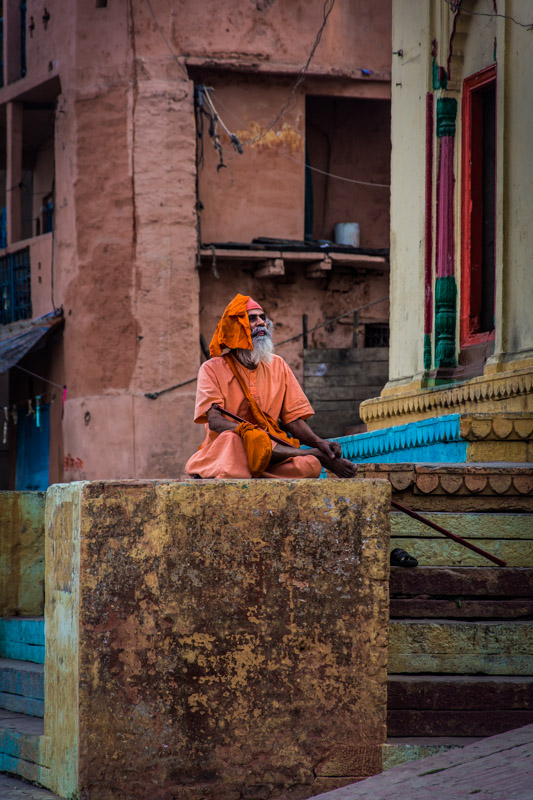 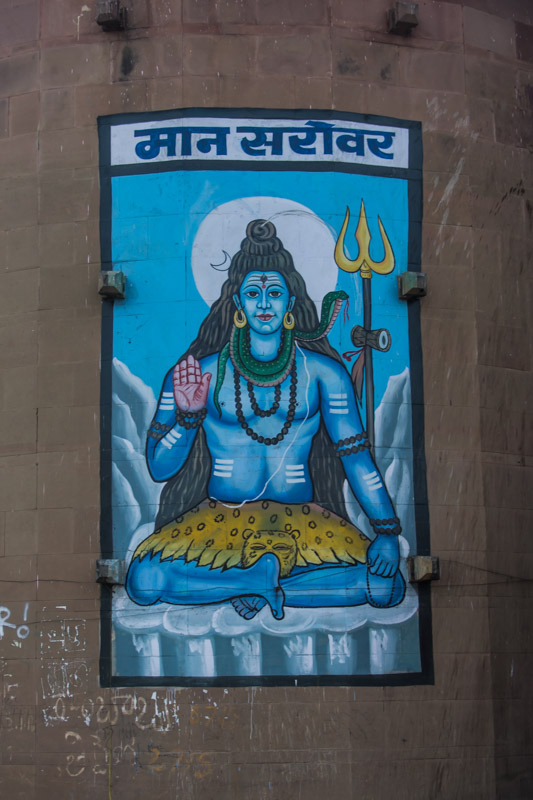 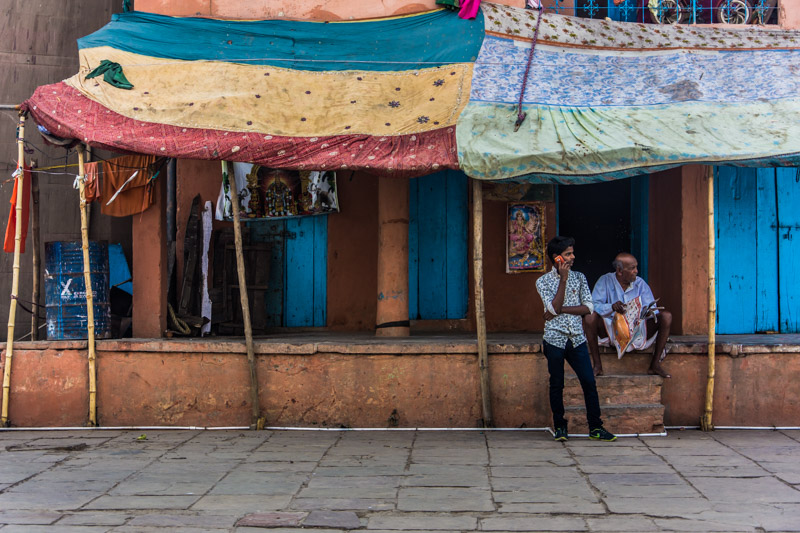 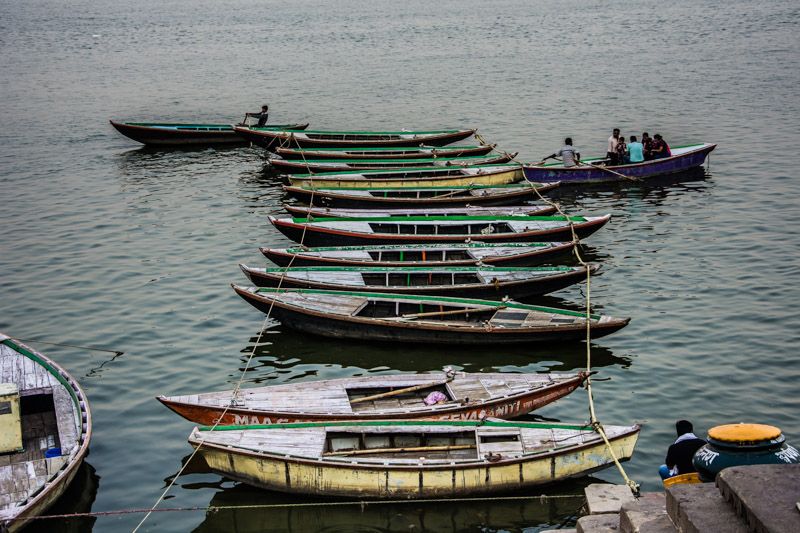 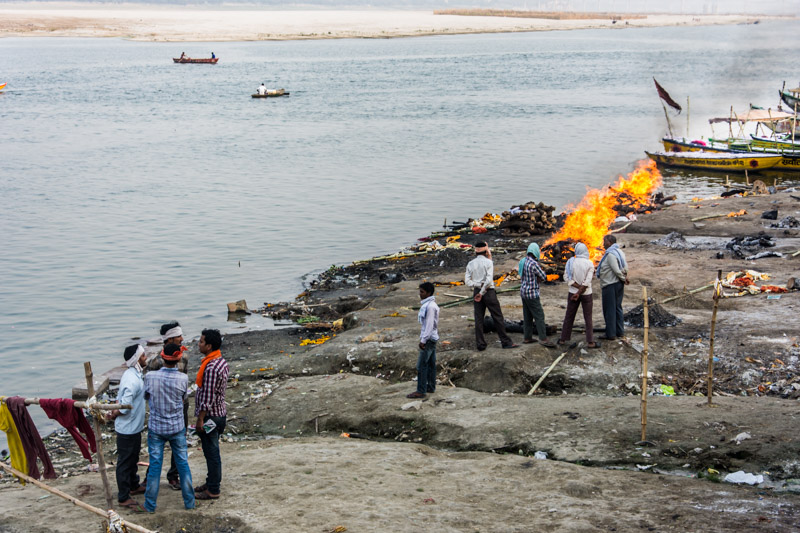 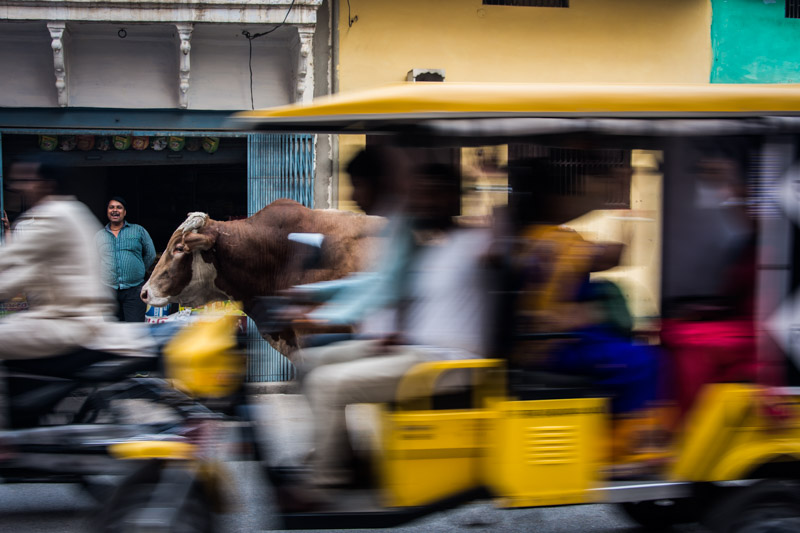 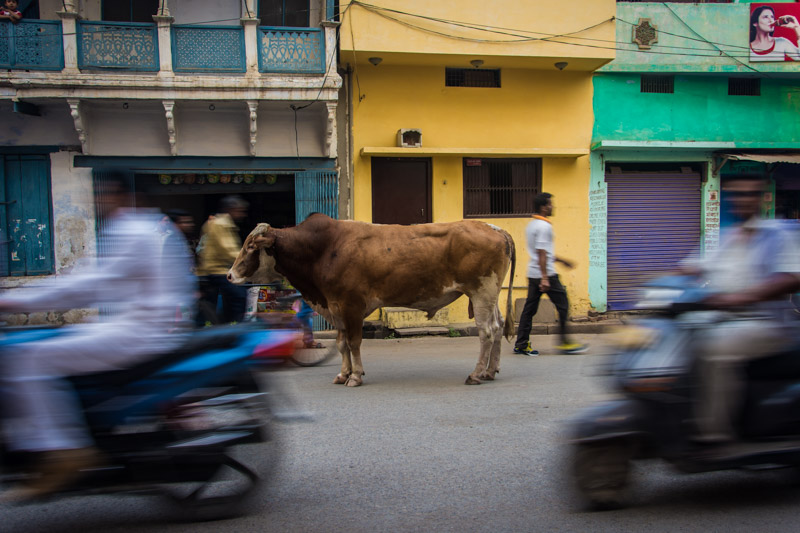 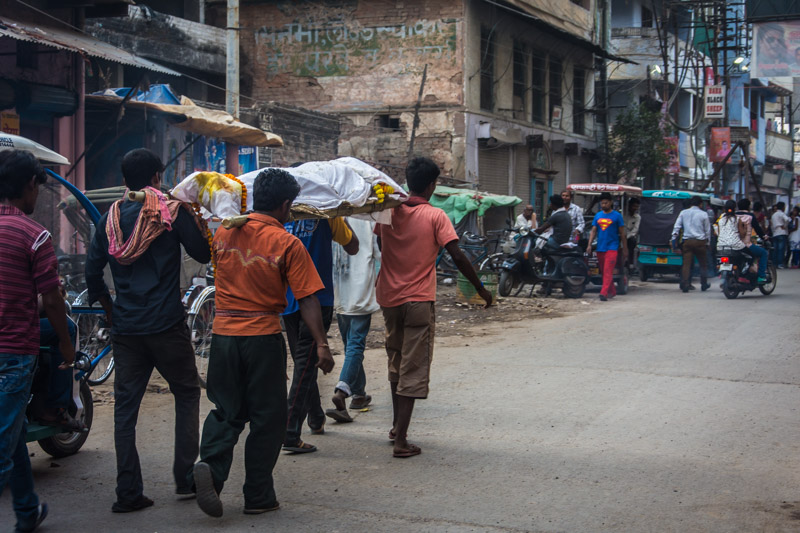 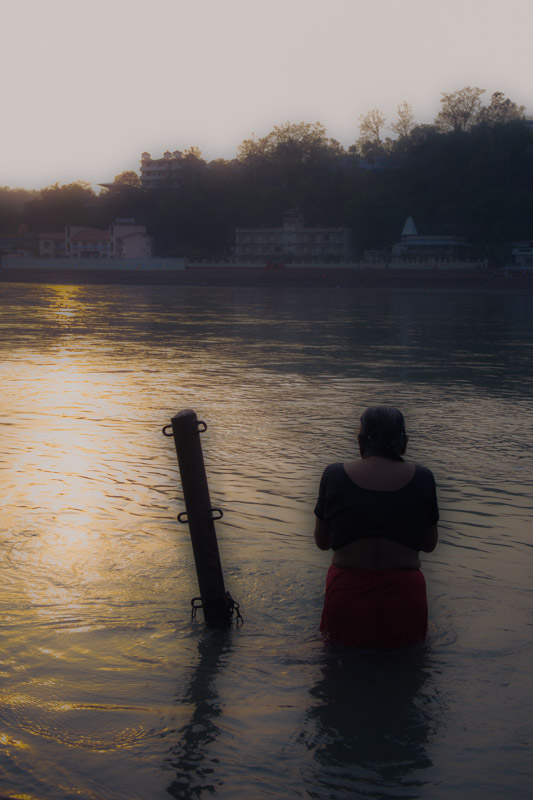 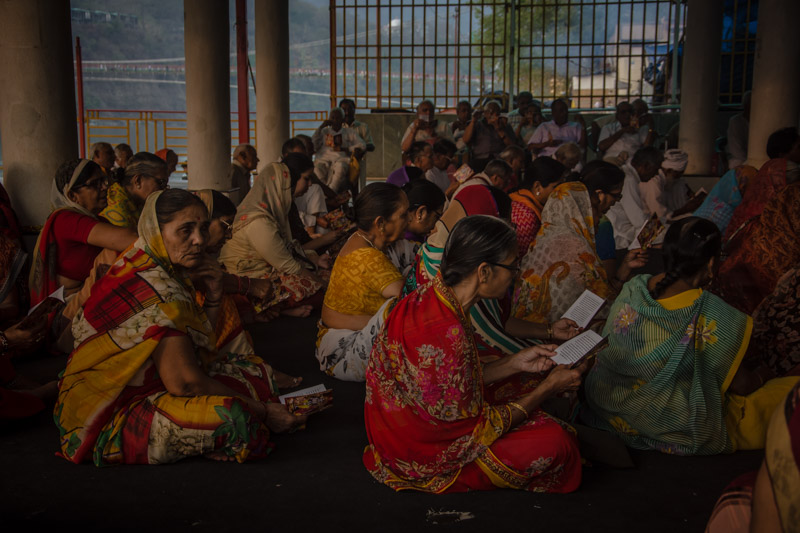 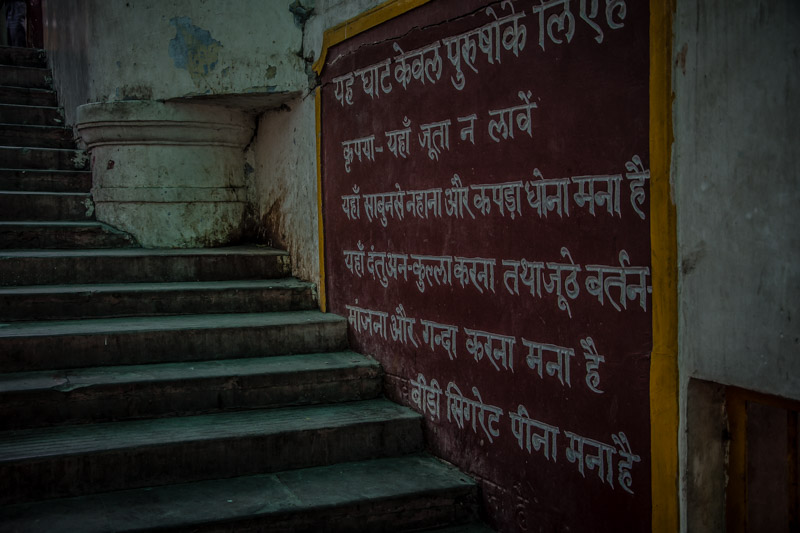 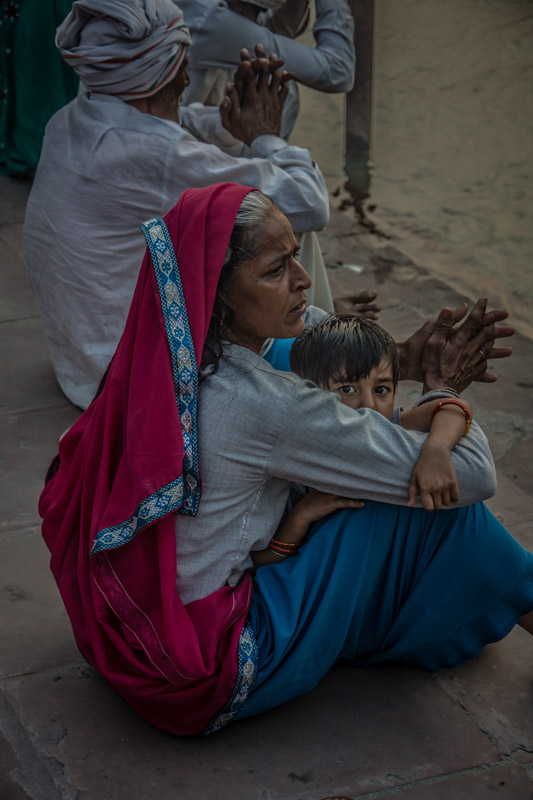 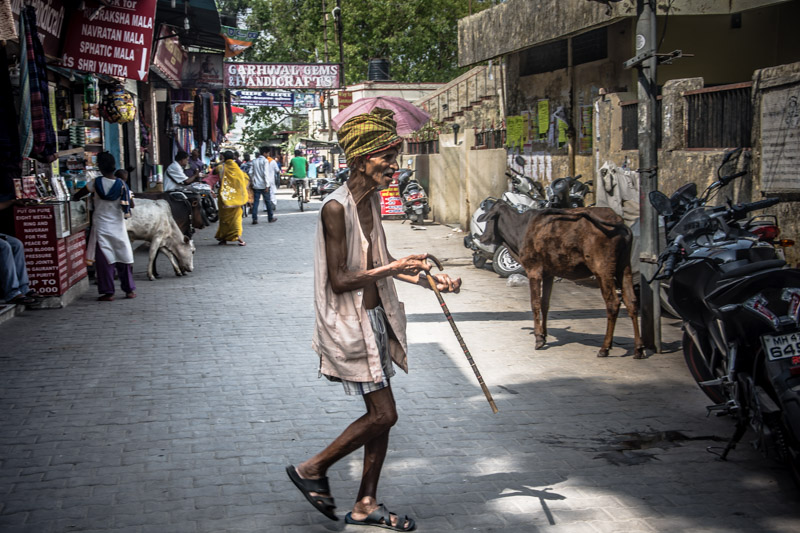 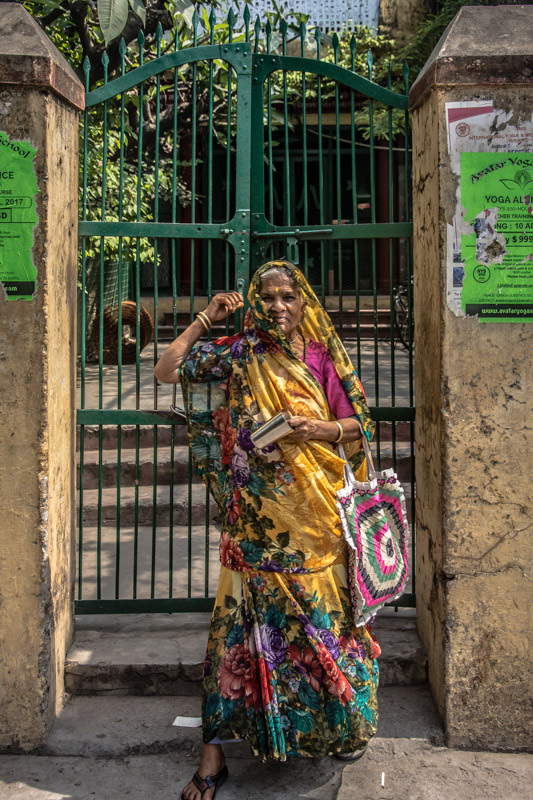 Walking through the small alleys of Varanasi towards the Ganges River, you see old and poor houses and some cows coming out either from the house door or from small plots of land between the houses or they just standing on the street. The flies are everywhere while the bad smell of urine gets into your nose. An Indian guy is lying under his house. A construction that is almost 1 square build with cement... His legs touch the wall while he is lying on the floor. I follow the stairs and I can see smoke coming from the river which is few meters further. Something is burning.

I am approaching to see what is there and an Indian guy approaches me. I am thinking that he probably wants to sell something.

"No, Thanks," I tell him discreetly and I smile.

"Madam, I don’t want money, I just want to explain to you what we are doing here".

His name is Dilap, he does the work of the gravedigger, but he does not actually bury the crops.

"Here we burn the dead bodies"

People from all over India come to attend the burning ceremony and honour the dead person on the Ganges River that is sacred. The low caste pays 4,000 rupees, the median 7,000 and the high class 10,000 rupees. In the latter case, the dead are burned in a particular temple. The family washes and cleans the dead body in the Ganges, they throw water in his mouth five times because this is the number of the elements we have inside us. Earth, water, sky, fire and air.

"We offer these elements to the next life and that is why we should clean them up", he explains to me while he throws an eye at the fire to check it.

At the end of the burning process which takes about 3 hours, it throws the body and the ashes into the river.

"Women's hips and chest are more difficult to be burnt sufficiently, so we throw them deeper into the river and the snakes eat them. Pregnant women, those with leprosy and children under 10 years old are not burned. They do not need to be purified, we go deep into the river and eat their snakes"

He works day and night. During the day there might be up to 40 dead corps for burning. The deceased's family offers clothes and anything else they want. He prepares the while they prepare the dead body.

"Did you notice that here it doesn’t smell bad, compared to the rest of the area? Even in the monsoon period, the body will be burnt. No fire has faded, and the flame is always on" he says, and he is pointing the flame that burns under the shelter.

Dilap has been doing this job since ever after he was bequeathed by his dad.

"We are seven generations doing this job. We organize the burning and profit goes to those who have the woods. Usually, people prefer sandalwood.”

Dilap has 3 sons and my question is if he wants them to follow the same job.

"Now they are going to the school, I do not want them to do it. It's a hard work, people are coming here are sad”.

His name is Dilap and he wanted to explain to me what they burn in the Ganges.