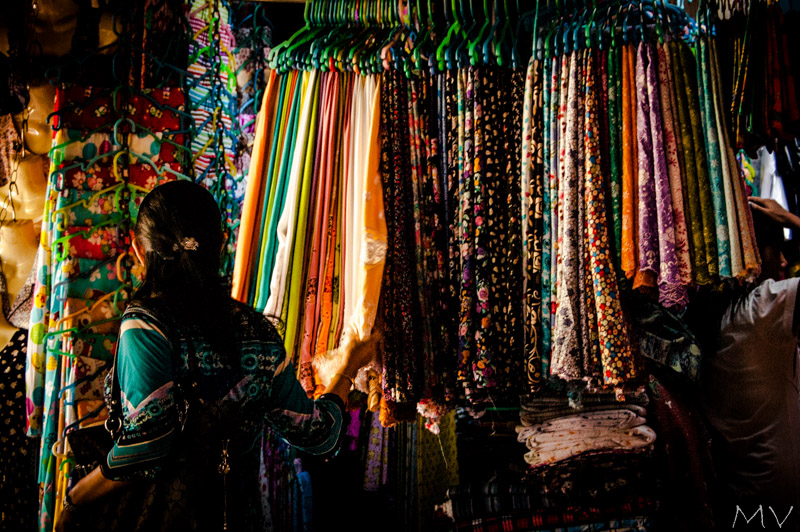 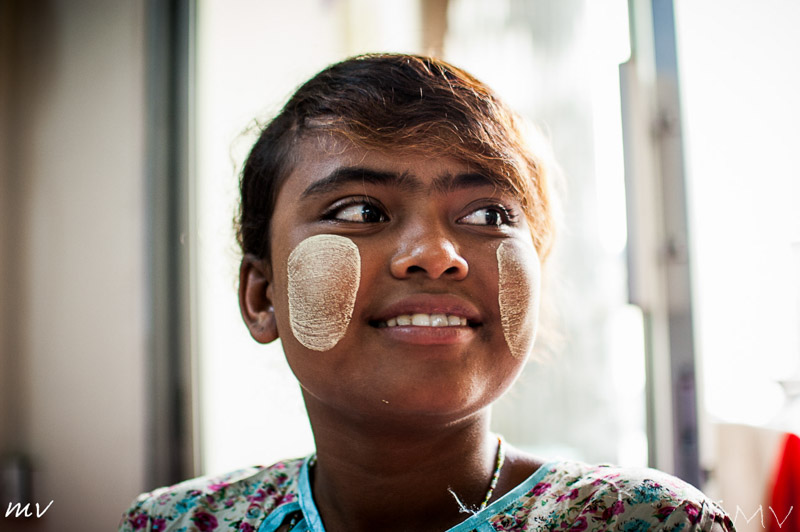 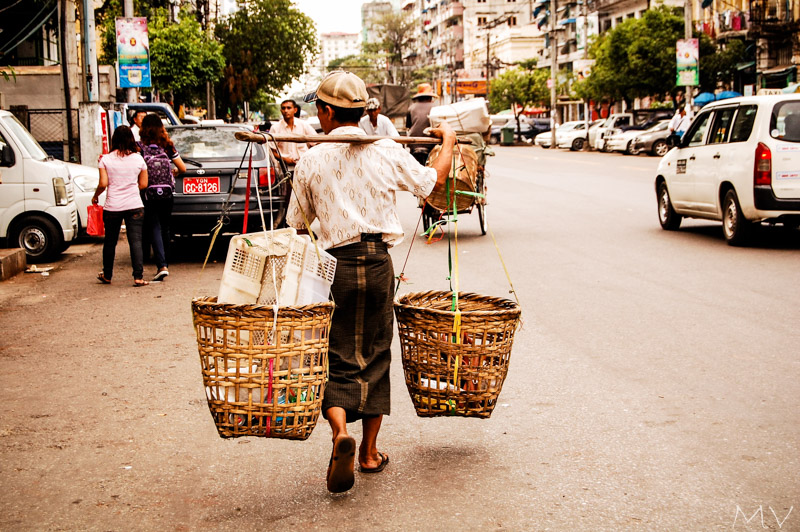 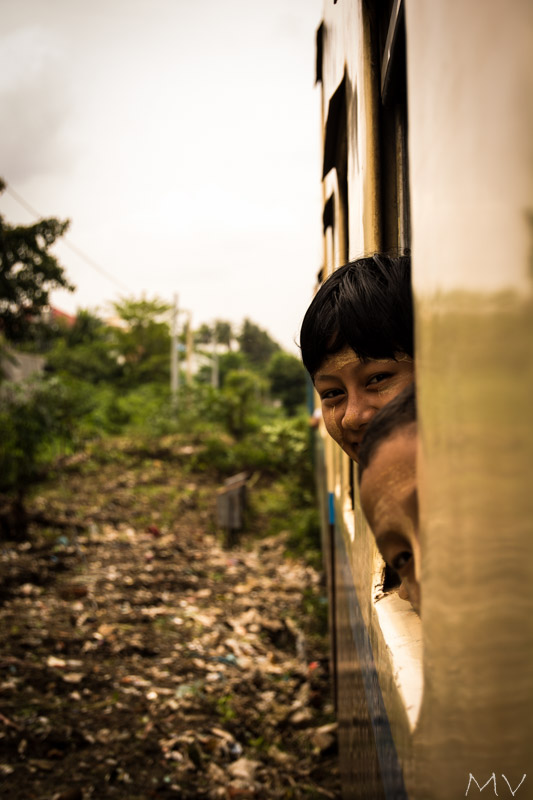 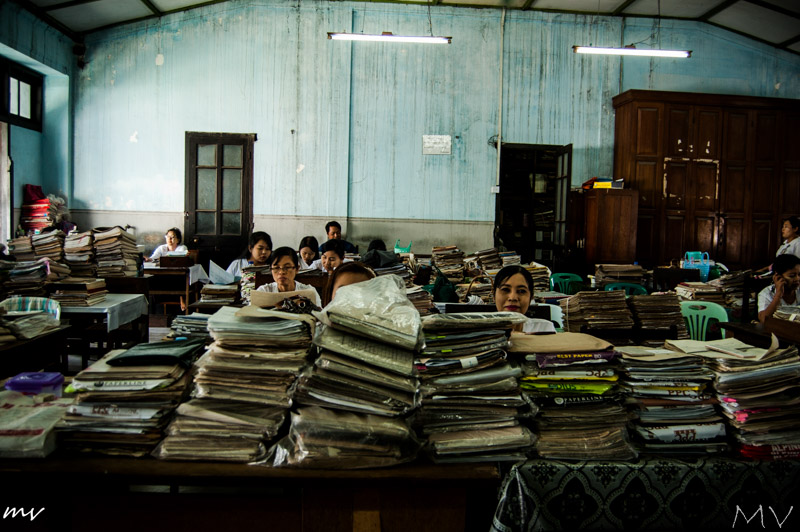 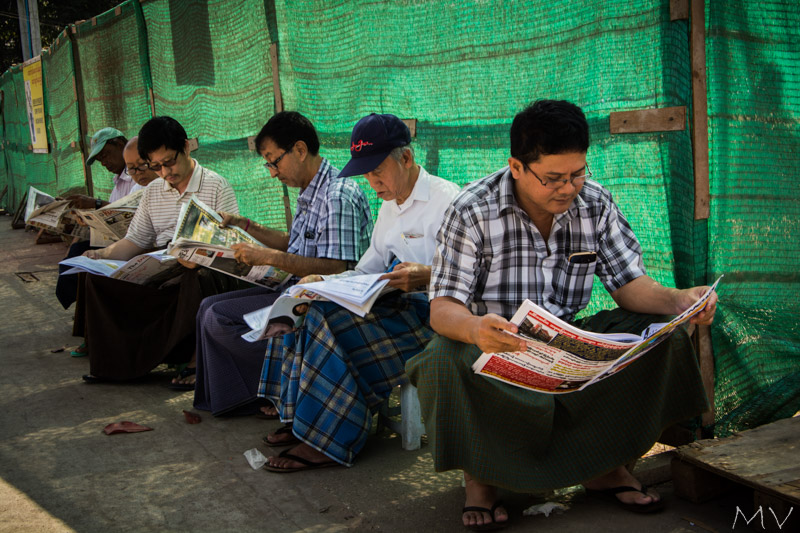 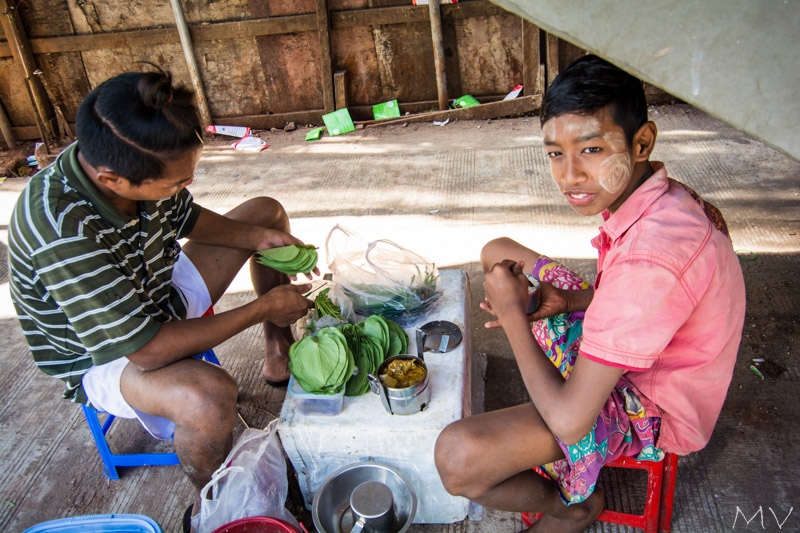 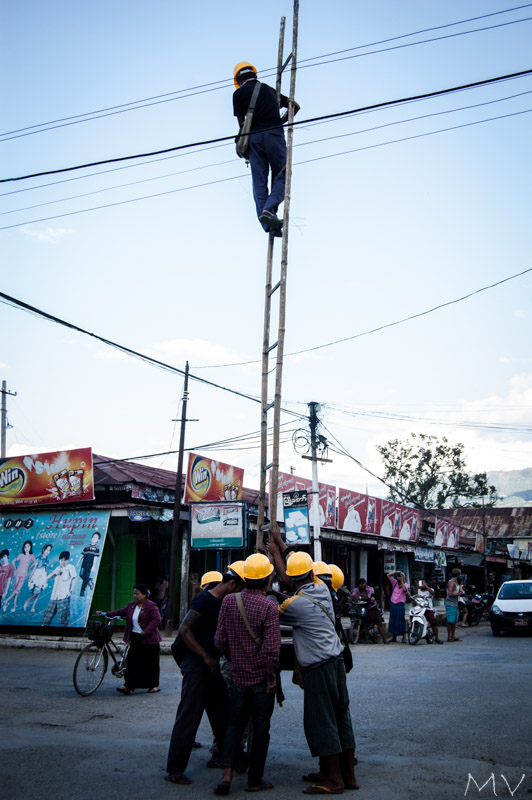 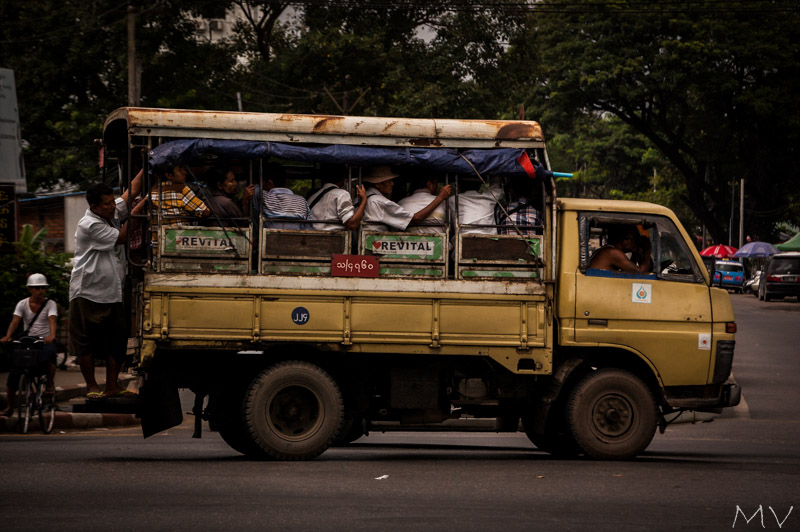 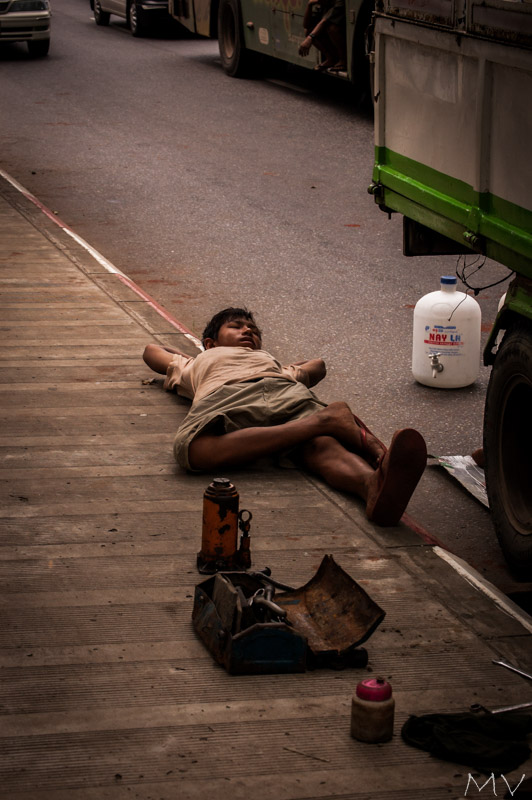 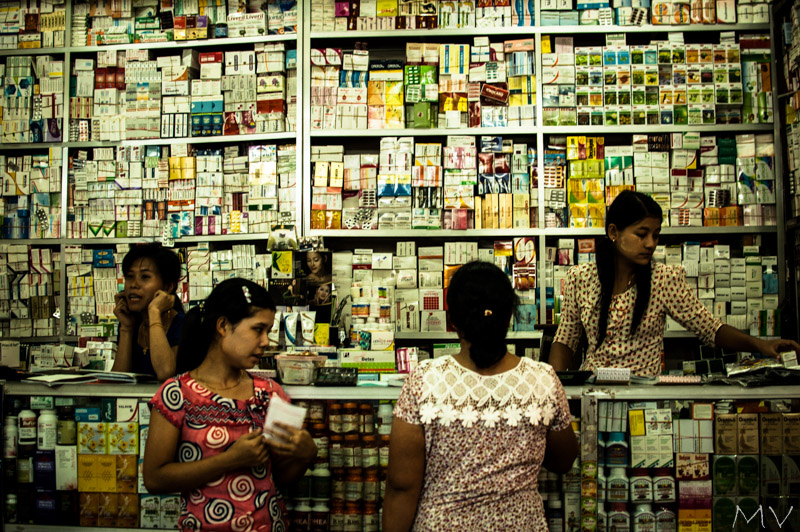 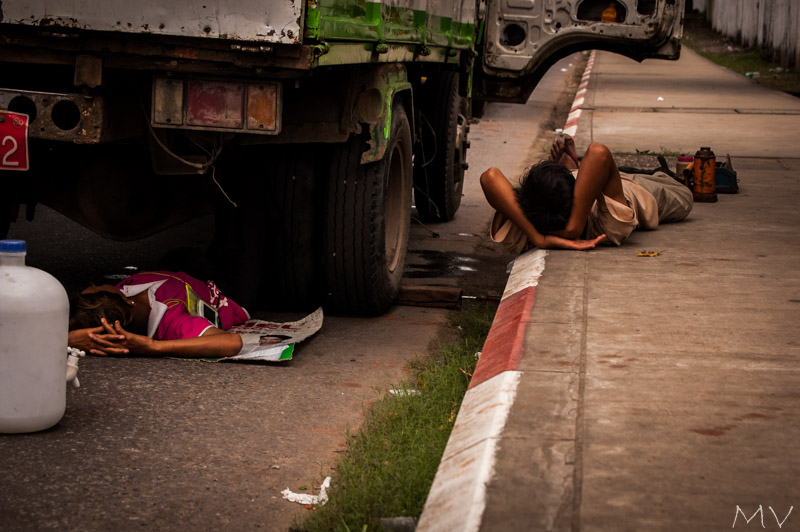 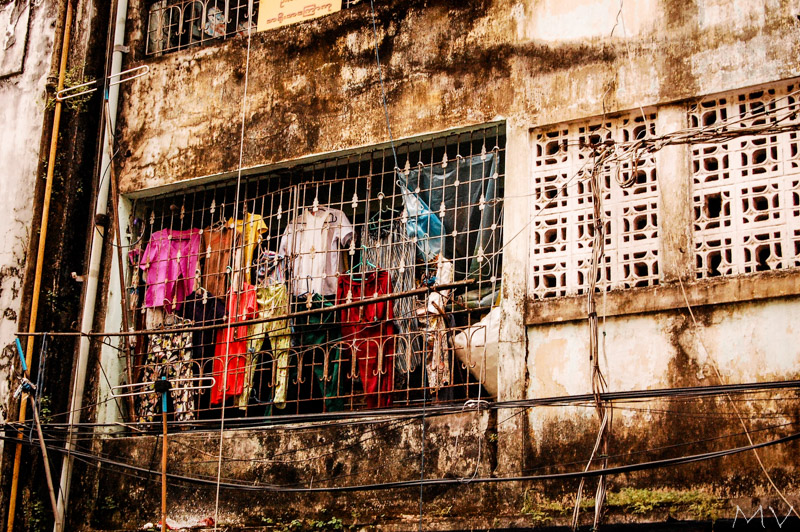 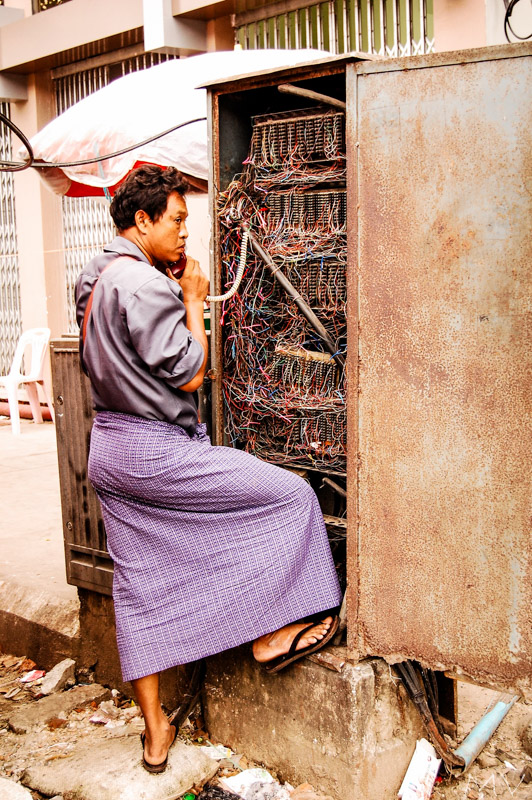 On Sundays, Nana, a sweet Burmese woman, comes and cleans my home. She orders water, gas and she deals with either the plumber, the electrician guy or whatever technician we possibly need each week. It's my dearest Nana!

So, last Sunday, and since Nana was cleaning I went on the market. A few hours later, I returned home and Nana was ironing. She was holding some banknotes and she was trying to explain me something.

Few minutes later I drunk water from a plastic bottle that I had left on the sink in order to wash it. I used to use it as an oil pot. Nana was supposed to wash it. While I was drinking water, I felt like the bottle had a strange smell ... it smelled wash softener!

"It's Burma..2": ... the Nana besides my blouses, dresses, towels bla bla, had also washed my plastic bottle in the washing machine.

"It's Burma ..." and sometimes there is no reason to try to understand.

#Fact1: Men wear a kind of skirt (it is called longyi). It is a cloth tied around them with a knot in the middle. Actually, it is comfortable.Women wear traditional long skirts, in various colors and designs matched with the same shirt. Colors, flowers, lace and pearls are part of the design. And this accompanied with velvet high heels sandals, decorated with strass.

#Fact2: Men spit everywhere. Oh! Yes! It’s the country that spitting is more that acceptable. Men chew betel, a quid which is a mixture of tobacco, nut, leaf and lime stone, and used in a manner similar to the western use of tobacco or caffeine. They chew betel for hours and then they spit it everywhere around. The streets are full of red marks. You're lucky if that spitting don’t end on your foot or if you it doesn’t pass through the window on the taxi cub. Okay, to be honest, thus the drivers usually open the car door ... in order to spit politely on the street... While for indoor areas, such as hospitals, there are cans for spitting!! For that reason their teeth are red or… deep red to black.

#Fact3: Large containers are aside on the streets with drinking water and a used glass. Everyone can drink but this is specifically for monks. (Needless to say that there are no hygiene and cleaning standards for that). This is mainly due to their Buddhism religion.

#Fact4: Flip flops are commonly used in any occasion, but they stay out in the entrance of each home, out of pagodas and out of several shops. Let me explain you. Cases such as buying jewelries, or visiting a beauty salon, flip flops stay out. Going to the electric store, flip flops stay out, talking with the employee of the bank, or visiting luxury hotels ... no matter, flip flops should stay out. Either you wear an official dress or suit. Which means, I have been in several appointments barefoot even if that was a CEO. And the useless detail, their toe fingers, which never felt the oppression of closed shoes, are wide open like the hands fingers.

#Fact5: Send me a kiss "Smack!" and thus I know that you are calling me. It's not a sign of flirt, I am just calling you! So when someone makes that sound of kissing simply tries to have your attention, for instance of the waitress.

#Fact6: If someone sneeze he will apologize... but not if they belch. So once I had to listen the taxi driver who was belching crossing the Inya road for 20 minutes. When we arrived at my destination, he sneezed ... and he apologized for that. God dammit ... and it took me two years to do that with my boyfriend...

#Fact8: Apart from taxis there are buses. Colorful buses with opened or non-exist windows, there are no time schedules but there is someone standing at the bus door, shouting the route and he picks up the passengers, who have to jump into the bus since usually it doesn’t stop. The same guy is responsible to put a piece of wood under the bus wheel to secure the bus brake.

#Fact9: Motorbikes. In the city where I live, Yangon, motorbikes are prohibited. In another big city, Mandalay, there are only motorbikes ... But why? Some say that this is because it was once a government military who was late to his appointment because of a motorbike and thus he banned them. Others say a military’s son had died in a motorbike accident. One way or another, since 2003 motorbikes are forbidden and traffic becomes worst and worst. Moreover this is not a happy place to be a pedestrian. The chances are not with you...

#Fact10: Thanaka. I love it! It is white patterns on their face. It is the traditional Thanaka, one tree powder spread on their faces and in several shapes and patterns mainly circles. Something like makeup. Almost all the children and women and some men use that. It is a symbol of traditional beauty and it is considered good for the skin.

#Fact11: In Myanmar "No" answer is considered impolite. Which means that when you ask someone if he understood or if he can do something ... he'll say «Yes» or «Yabade» but don’t take it for granted...

There are many more that can be added in that list, but on the top of all these that still keeps me surprised is people’s kindness. Myanmar is the country that you have no reason to worry of being filched or even if you forget your mobile phone, most likely someone will try to return that to you. And this is when you smile and you just say "It's Burma ... what to say?"